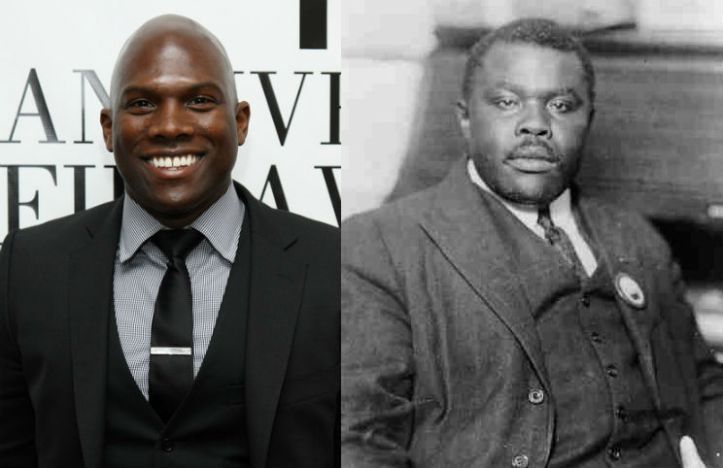 The “60+ Biopics on Black Public Figures ‘In Limbo’” piece I published a week ago traveled quite well, and thankfully led to me receiving a handful of updates on some of the projects on the list – most of them I’m not allowed to share here at this time unfortunately.

Of the very few that I can mention on this blog, this is one that I think many of you will be most interested in.

It’s a project that’s been in the works for a number of years; we first alerted you to it in 2012, and it’s finally in motion.

Steven Anderson is making his feature film debut directing the film, from a script penned by Jodi Sallinder, with a cast that also includes familiar names like Dennis Haysbert (as his father, Marcus Mosiah Garvey Sr.) and Janet Hubert (as his mother, Sarah Jane Richards), as well as Tobin Bell, Dan Gauither, Rhashan Stone, and Christian Campbell.

Financing has been provided by private investors.

That’s all I can share for now, but as more details are revealed, I’ll continue to update this blog.

Star Kevin Navayne’s resume comprises of mostly TV work; in fact, he was scheduled to co-star in Spike Lee’s “Da Brick” (the proposed series that was to be loosely based on Mike Tyson’s early years, with John Boyega starring); but, as you might recall, HBO would eventually passed on the project, unfortunately. He also had a recurring role on “CSI: NY” over 2 seasons, playing a Detective Ray Jackson.

I should note that Mr. Navayne is originally from Jamaica, as was the character he’s now playing on film – Marcus Garvey – was.

Born Marcus Mosiah Garvey, Jr. on August 17th, 1887, in St. Ann’s Bay, Jamaica, a film on the life of the controversial entrepreneur, Black Nationalist, Pan-Africanist, and powerful orator, is one that many have called for over the years, for as long as this blog has existed. It appears you’re getting your wishes fulfilled.

There was a 2001 PBS feature documentary on Garvey, titled “Marcus Garvey: Look for Me in the Whirlwind,” directed by Stanley Nelson; it’s the most comprehensive filmed work on Garvey that I’m aware of. Look for it on DVD or Digital.