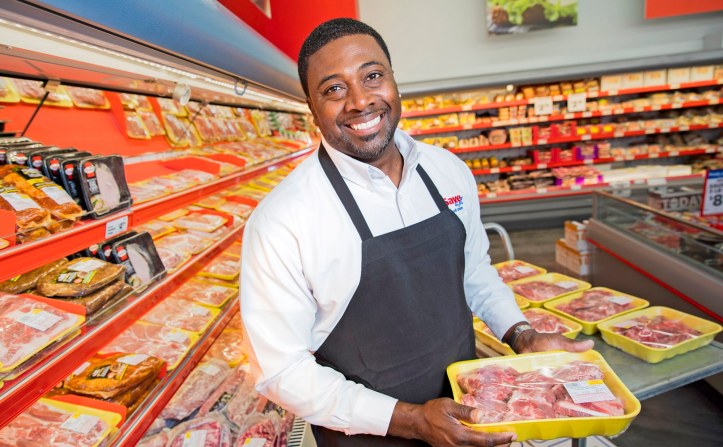 A new Black owned grocery store owned by former NFL superstar, Tyrone Legette, has been officially opened in Baton Rouge, Louisiana. The grocery store is located in the exact spot where a Winn Dixie stood before it closed fifteen years ago.

As a child growing up in Columbia, South Carolina, Tyrone Legette remembers watching his family pull money together in order to take on small development projects. “They bought properties, fixed them up and would put them back in commerce in different communities,” Legette says, adding that when he wasn’t playing football as a child, he was on a construction site. That’s why starting a construction business seemed like a natural fit after his pro football career. Legette got his start in the NFL by playing cornerback for the New Orleans Saints from 1992 to 1995. He played for several other teams before retiring in 1998, but he always called the Crescent City home. Shortly after launching Legette Construction Inc. there in 1999, he found his niche working with nonprofits to build entire subdivisions aimed at first-time homebuyers. “Being a young kid, we always owned our property with everything we did. That stuck with me and made me want to make sure everyone has the opportunity to do the same.”

After nearly 20 years in business in New Orleans, Legette saw an opportunity to enter the Baton Rouge market last year by opening a Save-A-Lot grocery store in North Baton Rouge with the hope of bringing relief to an area that has been identified as a food desert. “There is nothing that I do in life that will not better a family, so the new Black owned grocery store was another aspect of that. I want to save people money on their mortgage, but I also want to save them money on their food.” In that way, Legette feels he is helping families better fulfill their two most basic necessities: housing and food. As owner of the store, Legette now splits his time between his construction business and managing the grocery business. “Being an athlete, I have to have a lot of stuff going on in my head. I have to be multitasking, so it works for me.”

Needless to say, the new Black owned grocery store (Save-A-Lot), has exciting times ahead and it undoubtedly provides a platform to the locals as well as those who truly support black economic development to show support by example.